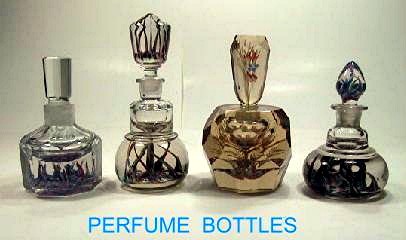 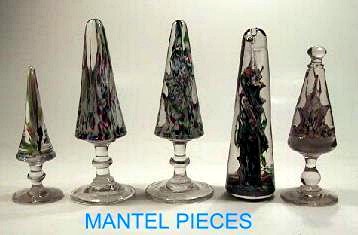 There are various different terms that generally mean the same thing. "Devil’s Fire", "Fox Fire", "Will-o-The-Wisp", "Jack-O-Lantern", "Ignus Fatius", and Swamp Gas or Marsh Gas. Webster’s Dictionary indicates that Fox Fire "is an eerie phosphorescent light of illuminous fungus that causes decaying wood to glow". The actual phenomena of Devil’s Fire can only be seen on the darkest summer nights. It is a very low energy flourescent light given off by certain types of rotting wood or certain types of mushrooms growing in rotting wood. The light is a cold bluish-green glow just like the similarly colored methane gas flames sometimes seen over marshes in the summer. These cold flames are thought of as underground flames or the little peoples (fairy) flames because they are cold instead of being the normally hot red-orange flame. Since there is little scientifically known about these light sources, they have become known as Fox Fire or Devil’s Fire through the years. Hence, the Devil’s Fire motif was created in paperweights, by the glass workers, to symbolize this natural phenomena.

The motif is generally a series of random upward points or spikes of colored glass within the clear glass. The motif is usually created by spiking the mix of colors into the clear glass with an ice pick. The initial clear glass is dipped onto the color chips which are distributed on a marver. The color chips adhere to the clear molten glass. After re-heating, and maybe adding additional clear glass, the motif of cold flames is developed by spiking and working the glass. The choice of color chips in earlier weights included dark and light blue, dark and light green, white, yellow, red, and maybe light pink. Very little orange was used. A Devil’s Fire motif is not as difficult to accomplish as a Millville Rose because there is no definitive form that has to be accomplished as in a rose. There are probably more tall conical mantel piece examples than paperweights. The tallness of the mantel piece allowed for a better flame appearance. There are many perfume and ink bottles. The bottles have stopper tops, and a good example will have a matching motif in the stopper. Examples made in the later years sometimes contain a majority of red, orange, and yellow. The latter day glass workers were trying to demonstrate a "fire of the devil" instead of the glow of the natural phenomena. The motif is generally the same, the colors are different.