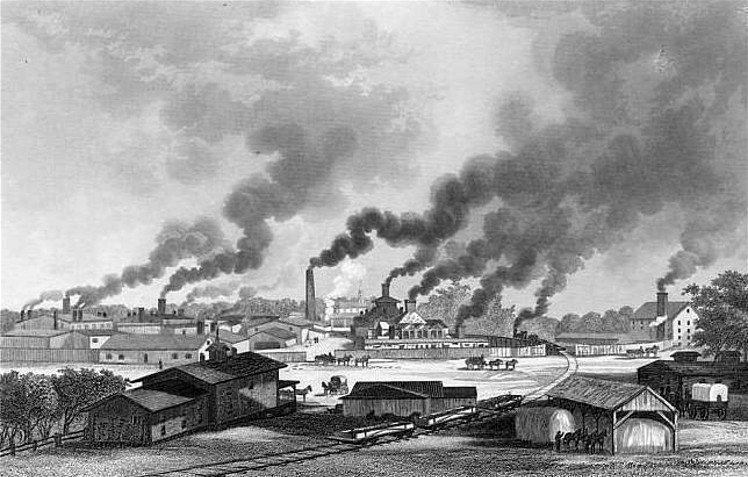 The Whitney Glass Works around 1876

In Gloucester County on September 23rd 1779 Solomon Stanger purchased 200 acres of land. By 1781 the Stangers were ready to start what was going to be 148 years of continuous glass making in what was to become the town of Glassboro.

The Stanger bothers had financial problems right from the start. Congress revalued the existing currency and left the large and very experienced glass blowing family no choice but to sell a share of their glassworks to pay off debts. It took over three years for the transition of new ownership to take place and by 1784 Colonel Thomas Heston had become a part owner of the Stanger works. By 1786 the Stanger works was owned solely by Colonel Heston and Thomas Carpenter. The primary output of the Heston - Carpenter works was bottles and hollowware.

Heston and Carpenter owned and operated the new glassworks but still employed the many members of the Stanger family. The Stangers came from Dornhagen Germany where they owned and operated their own glass factory. When they arrived in New Jersey they brought with them much skill and experience, they were very much needed and very important in the success of the Heston-Carpenter works.They were also a large part of the glass making history in N.J. Brought to America as indentured servants by Casper Wistar in the 18th century and later founding or working at many other glass factories. One of the first things done in the new ownership was to build a new furnace for the making of window glass and flint ware. The Heston, Carpenter works continued until 1808 even though Col. Heston died in 1802. Also in 1802 the village known as "glasstown" officially was named Glassborough or Glassboro.

From 1808 until 1824 the glass works still at the same location was called the Olive Works. Now owned by Thomas Carpenters son Edward and Peter Wickoff. Edward Carpenter died in 1813 and Wickoff sold his share to David Wolf. Wolf also bought Carpenters share and was sole owner. But not for long, seeing a need to expand Wolf took in two partners Issac Thorne and Daniel Focer. Thorne eventually became sole owner in 1821. In 1824 Thorne sold the glass works to Jeremiah Foster. The Olive Works eventually merged with its competition The Harmony Glass Works.

The Harmony Glass Works was started in 1813 the same year as the death of Edward Carpenter. After Carpenters death some of the glass blowers including a couple of the Stangers left the Olive Works. The Stangers along with Daniel Rink, Levi Cambell and Daniel Focer built a new furnace 400 yards from the original glass works" Olive Works". The new venture comprised of experience and talent in business as well as glass blowing. The Harmony Works was a large operation with several factory buildings and a few houses for workers. This larger and more modern glass factory must have made for much competition for the Olive Works. At some point the Olive Works closed and became part of the Harmony Works. In 1823 Daniel Rink died and his share of the works was sold to Daniel K. Miller, owner of the Franklin Glass Works in Malaga N.J. which was founded by Christian L. Stanger in 1810. Lewis Stanger who had been in charge of the Harmony works sold his share to Thomas H. Whitney in 1834. In 1838 T.H. Whitney bought out all other interests and the rest is history! He became sole owner. His two sons Thomas and Samuel joined him and renamed the Harmony Glass Works, Whitney and Brothers. At Thomas Seniors death the glass works became Whitney Brothers then the Whitney Glass Works.

After Lewis Stanger sold his share of the Harmony Works in 1834 he opened a new factory just 500 yards south of Harmony. It was first known as Lewis Stanger&Son and also refereed as Lewisville. Since the Stangers were teetotalers the glass works became known as Temperanceville. Window glass and hollow ware were their main out put. No whiskey flasks were made there!! Eventually it too was bought out by T.H. Whitney around 1841.From that point they made bottles and sold them through the Whitney Bros. of the Harmony Works. Now selling under the name Whitney and Warrick. It was Thomas's brother Eben Whitney that ran the company with Woodward Warrick until 1849.Warrick sold out to Eben and in 1859 Eben sold to Thomas W. Stanger. Thomas than bought back Warrick  and continued making window glass until Thomas Stanger died in 1883.

Solomon H. Stanger also ran a glass works for a period of time from 1842 until 1852. Employed 19 experienced journeymen including three other Stangers, Joseph O., Simon W. and Richard H. . Five pieces of hollow ware are known to be blown by Solomon H. Stanger they were found together with his ledger book. A mug , pitcher, bottle, and hat all made in aqua glass. 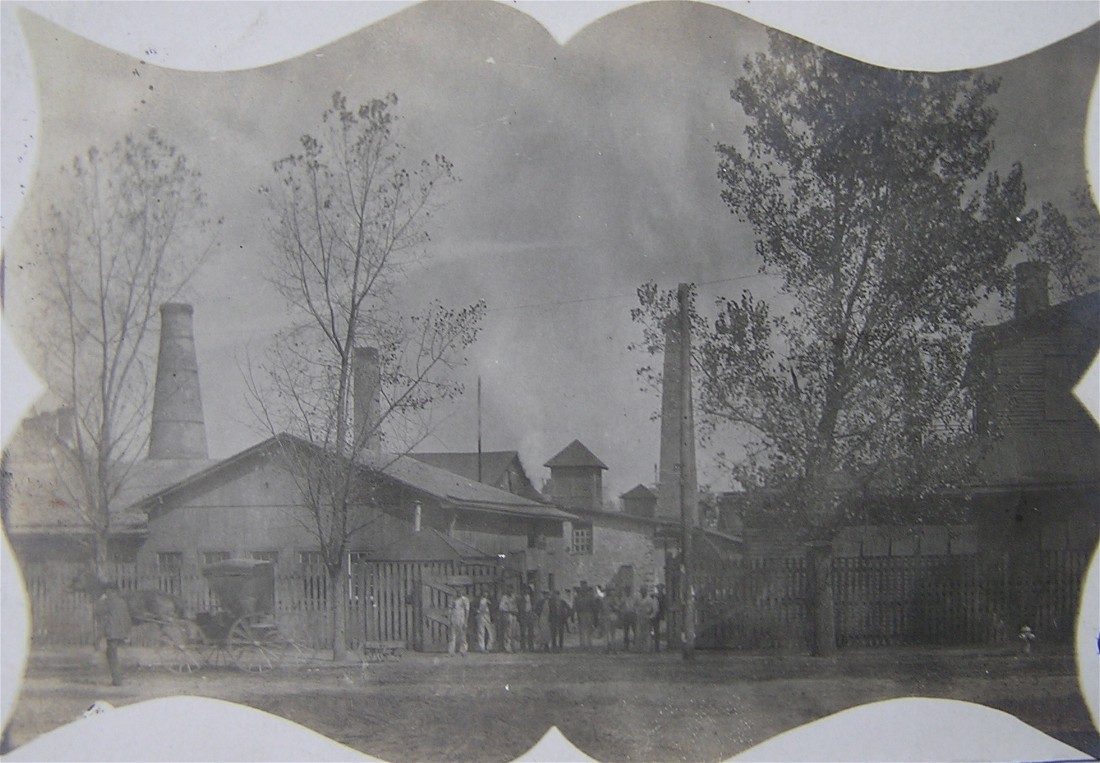 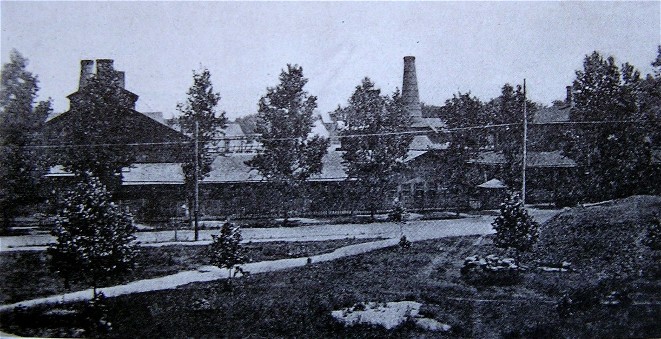 information taken From The Glassboro Story by Robert D. Bole and Edward H. Walton And The Glass Gaffers of New Jersey by Adeline Pepper